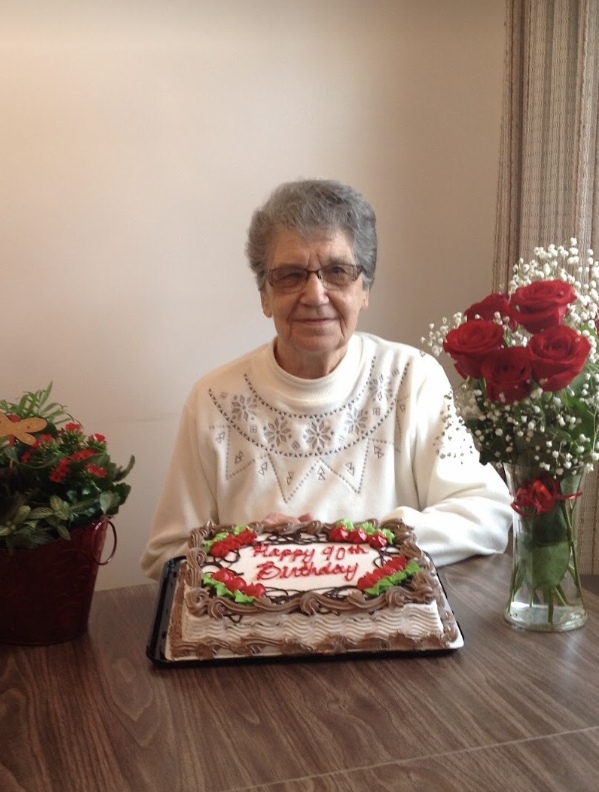 Anne was welcomed home into the heavenly kingdom by her parents, husband John, brothers and sisters, and brothers-in-law.

Anne was born to Sophie and Andrew Shymko in Fosston, Saskatchewan on January 16, 1927.

Anne and John were married in May 1948 and moved their young family to Saskatoon in December 1959. Anne began a long career as a continuing care aide at St. Anne’s Nursing Home. After she retired in 1992, she enjoyed gardening and sharing the fruitful harvests with her friends and family, knitting and crocheting, spending time with the neighborhood ladies, making memories with her family, and making thousands of perogies.

In lieu of flowers, memorial donations may be made to the Hospice at Glengarda c/o St. Paul’s Hospital Foundation, 1702 20th St W, Saskatoon, SK S7M 0Z9.