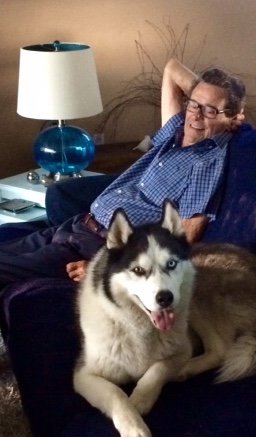 Norm was born to William Robert Skipper and Florence Hannah Collins in Enfield, Middlesex, England on September 11, 1928.  He emigrated to eastern Canada with his brothers, Bill and John in the early 1950’s. Norm was a glazier by trade and travelled to various cities across Canada involved in the construction of greenhouses.  He eventually settled in Saskatoon, working for a number of Glass companies where he sometimes worked in the fabrication or installation of windows, storefronts, etc., of new buildings being erected in the down town and university areas, until his retirement in the 1980’s. Norm was an active, longtime parishioner of St. Mary’s, a member of the first Parish Council, a lector, as well as being involved in the funeral ministry and parish outreach ministries. Norm is survived by his wife, Loretta, daughters, Karen, Joanne (Dennis) and grandson Marek, Kathryn, son Michael (Tanya) and grandsons Ty and Reed, as well as his sisters  Pat Clark and Peggy Hornsby and nieces and nephews in England. Norm’s family wish to express their gratitude to all the health care workers who cared for him over the last year, especially St. Mary’s parish nurse, Sr. Carol. A private family service will be held at a later date. In lieu of flowers or Mass offerings, donations could be made to St. Mary’s parish nurse ministry or to the Saskatoon SPCA.

Share Your Memory of
Norman
Upload Your Memory View All Memories
Be the first to upload a memory!
Share A Memory