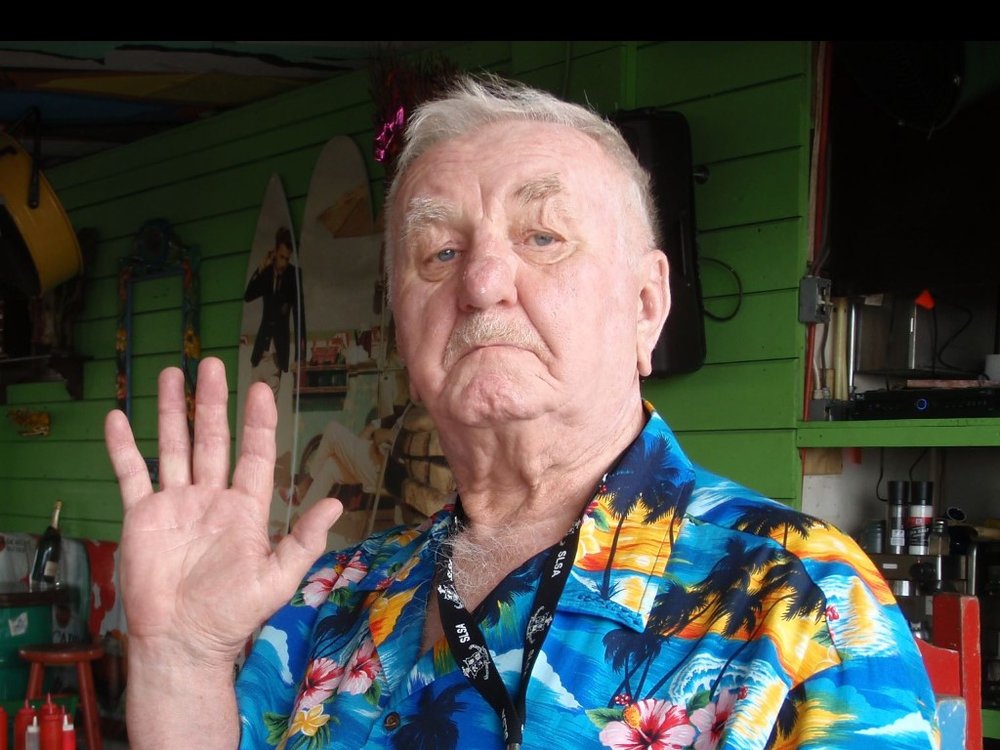 HICKE , Phillip V.
September 7, 1936 – December 9, 2019
The best word to describe Phil is ‘character’. Phil not only had good character, but was quite the character. Phil was a big man with a big personality and an even bigger heart. Known for his quick wit, Phil was not only funny, but he was kind and loving and so very generous. Although everyone who knew Phil would have a different way to describe this amazing man, all would include the word ‘friend’.  Phil leaves to grieve, his wife of 60 years: Rosina, and his three girls Susan (Rod), Sandi (Peter) and Sherry (Larry). Phil leaves behind his grandchildren Nathan (Leone), Breanne (Chris), Holly, Gillian (Nathan), Shea (Maureen) and his great grandchildren Dominic, Jasper, Charisse, Zoe, Kaiden and Axton. Phil is also survived by his sister Phyllis (Clifford) and many nieces and nephews whom he loved dearly. The family would like to extend their eternal gratitude to the Porteous Lodge staff and residents for becoming Phil’s second family.  In Phil’s honor, please put on your tackiest Hawaiian shirt and join us at a come and go reception at the ‘The Club’ ( Lynx Hall, 2407 Avenue C North, Saskatoon) on Monday, December 16th sometime between 1pm and 4pm. In lieu of flowers the family would appreciate donations in Phil’s name to Porteous Lodge, (833 Avenue P North, Saskatoon SK, S7L 2W5).

Share Your Memory of
Phillip
Upload Your Memory View All Memories
Be the first to upload a memory!
Share A Memory