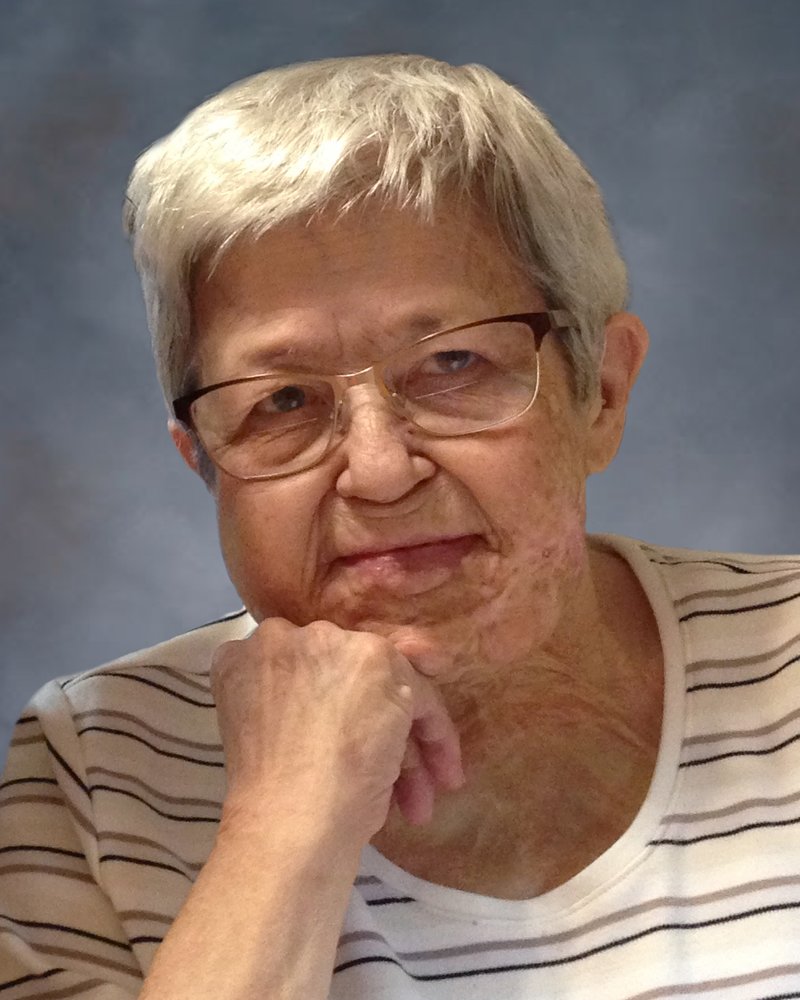 To Watch Live Stream of Service click this link: https://video.ibm.com/embed/recorded/128937921

On December 6, 2020, Joanne Roach passed away peacefully at the age of 84. Joanne was a wonderful wife, mother, friend, aunt and grandmother. Whether a relative or not, Joanne was like a surrogate mother to many. Joanne was born in St. Louis and grew up in Makwa, Saskatchewan. At age six she suffered severe burns and was sent to the Toronto Hospital for Sick Children for treatment that lasted most of her childhood. Her first job was at the Saskatoon Sanitarium as an aid. Her sister, Florence, set her up on a blind date with her future husband and love of her life, Ross Roach. They courted and married on September 4, 1961. Joanne and Ross built their life in the Pleasant hill neighborhood and had two sons, Ken and Ron. Joanne was a friend with everybody in the neighborhood. She had a soft spot for young people, and welcomed them in with a pot of coffee and cookies. She especially enjoyed spending time with her numerous nieces and nephews, the neighborhood children and ultimately with her own grandchildren. Many of the neighborhood children became lifelong friends of hers. Joanne was active with the Catholic Women’s League and managed the C.W.L. Clothing Depot for many years.  She was a full-time home maker afterwards. Unfortunately, her husband Ross passed away in 2005. Afterwards she lived with Ken, Marian, Samantha and Ross. Joanne loved being with her grandchildren. She took great pleasure in being able to see them daily and spoiling them whenever she could. Joanne always had a positive outlook on life and never complained, even when her life was hard. She spent the last year and a half of her life in Oliver Lodge and she made the best of it with a smile and giggle. We love her and miss her very much. In lieu of flowers, donations may be made in her memory to Telemiracle. A live stream will be made available by Westwood Funeral Home on Thurs. Dec. 17th at 10:30 AM.

Share Your Memory of
Joanne
Upload Your Memory View All Memories
Be the first to upload a memory!