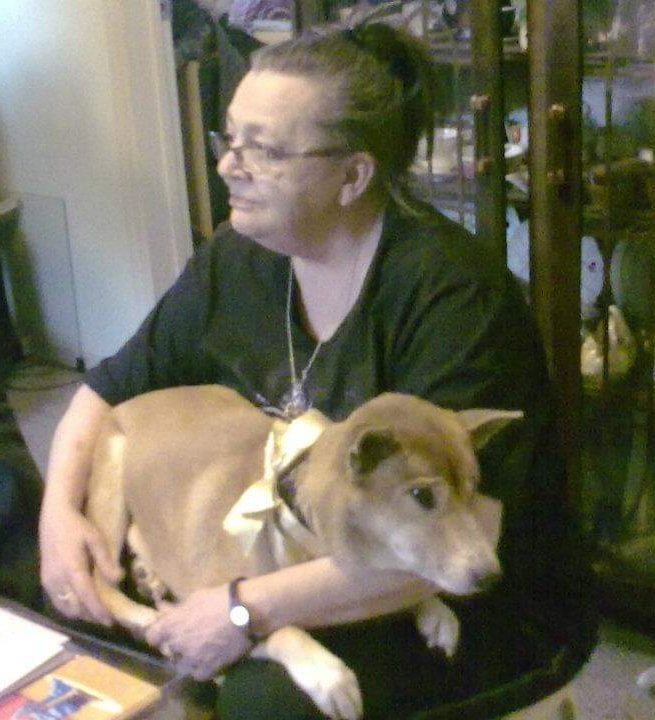 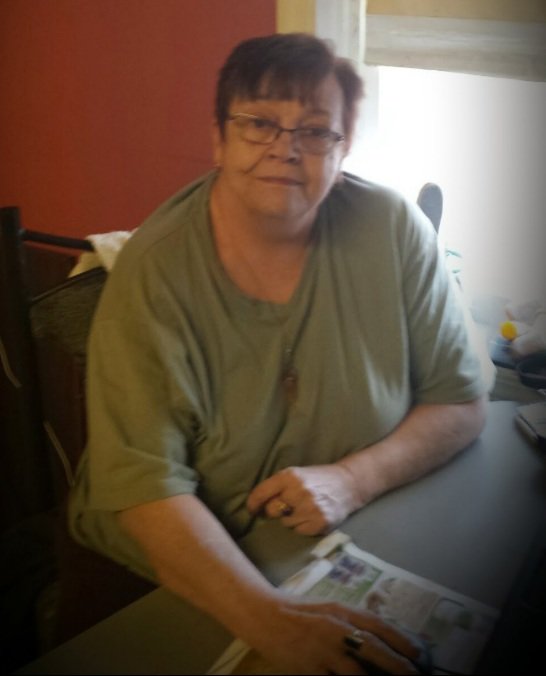 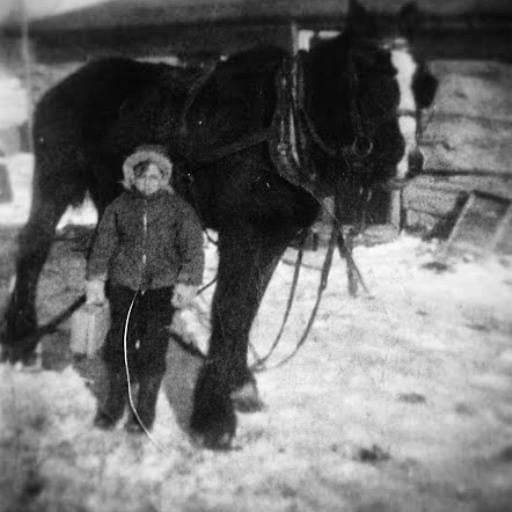 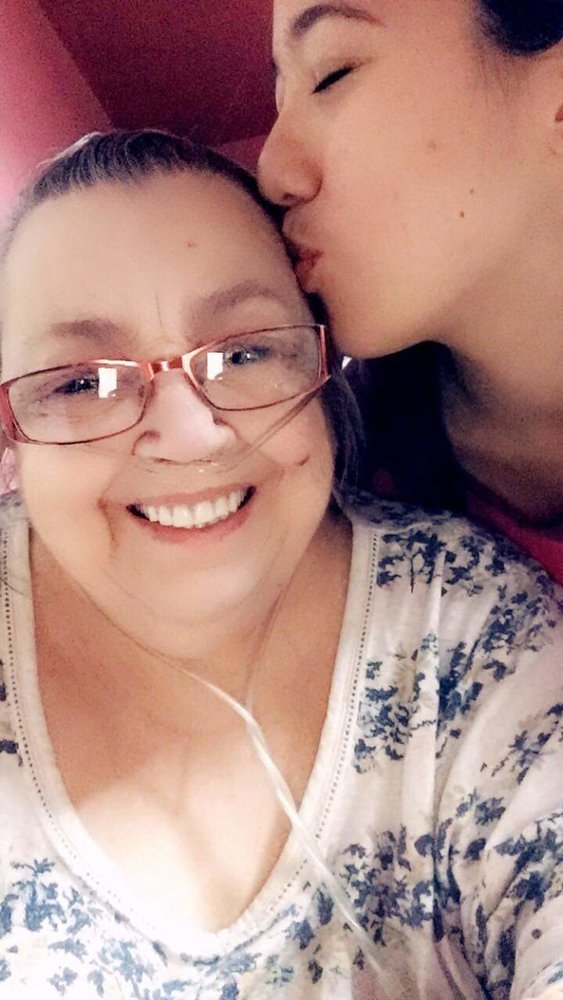 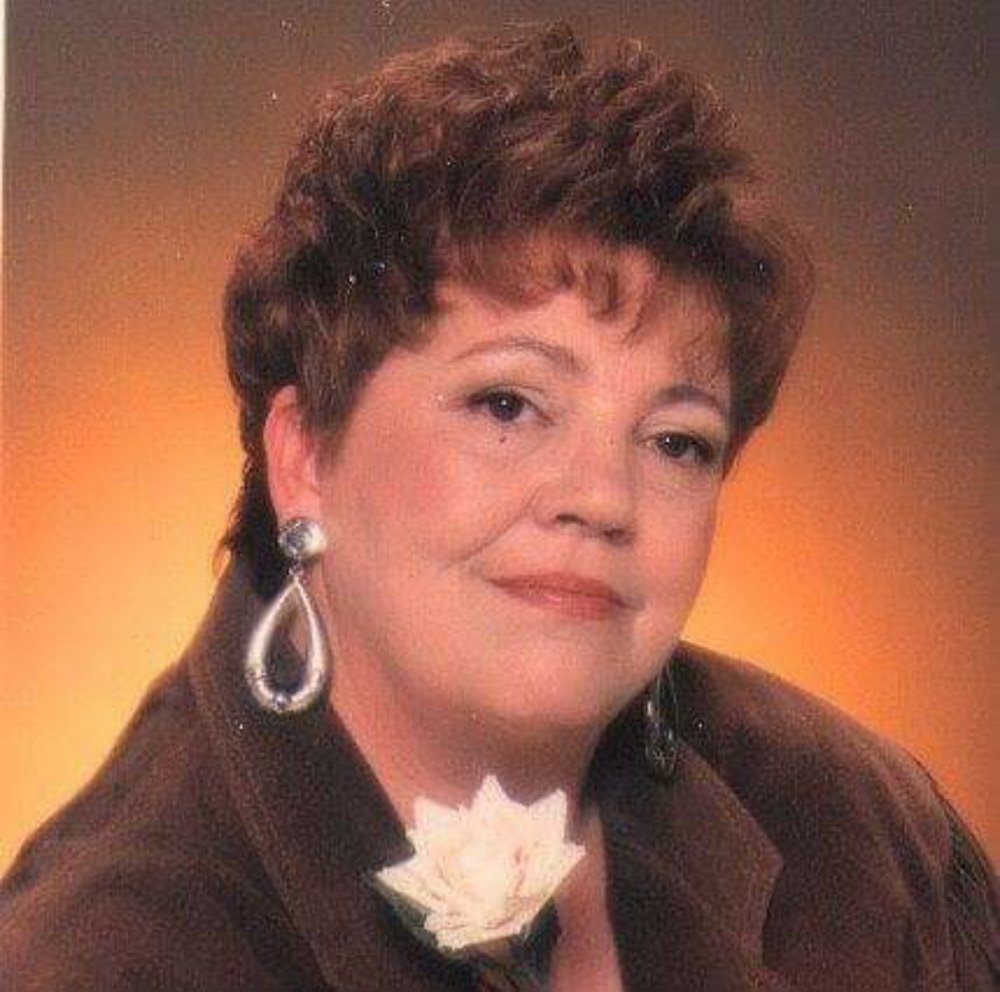 Its with the greatest sadness that we announce the sudden passing of Gloria Mary Bailey on January 14th, 2021,

Gloria was born at Rabbit Lake Hospital on November 9th, 1949, she grew up on the Family Farm one mile south of Meeting Lake Saskatchewan and attended Athelstan, a one room school where she had to ride a draft horse bareback.  She would climb onto the horse using a fence or when she was at school older boys would help her onto the horse. She also attended Rabbit Lake School. Growing up on a farm Gloria was Princess but a little tomboy as well, not scared of anything. She was very loving like every girl, so much so, she managed to convince her dad Charlie to save a little runt Pig, who she named Porky and became the family pet. She could make Porky lie down and to give him affection and he would give them rides around the farm and he would also follow them around the whole farm.

On June 12th, 1957 Gloria's world was about to change again as she became a big sister. She loved her new little baby brother so much that when he was a little older she would make him Mud pies.  Gloria said she could hear him crunching on the mud pies and the dirt crunching on his teeth and he would smile with a big muddy face and say ' are these ever good sister!' It wasn't too long after this, her brother Merv would tell their Dad that Gloria was smoking down by the tipped over wagon. Gloria was very athletic growing up. She loved to play sports. She was a back catcher as well as she was an amazing figure skater.  In 1965 Gloria was crowned queen of the carnival of Meeting Lake Area, she was very honored and proud of this accomplishment.

Then in the summer of 1966 Gloria's world was about to have major change, Charlie and Ivy would take the family and move to Saskatoon.  Gloria was excited about this but was sad, as she was leaving the farm that she so loved and cherished and being so close to all of her family as they were all within a 20 mile radius. When Gloria came to Saskatoon she attended Bedford Road High School where she would graduate. When Gloria and the family first moved to Saskatoon her dad Charlie, while working at Cory potash mine, invited over a couple co-workers and they stopped in and were introduced to the family. Miron, who was very taken by Gloria, a sixteen-year-old grade 12 student, invited her to the union dance at the hall on Avenue G and 20th Street. They hit it off right away and Charlie & Ivy loved him so they began dating.  In the summer of 1966 Gloria graduated.  Then on September 2nd, 1967 Gloria married Miron Hrapchak.  Gloria was a little overwhelmed, putting it mildly, she'd never really been around that big of a Ukrainian family before or even a very big family.  She was a little shy at first but it didn't take very long  for the family to accept her and for her to love her new big family .

On March 12th, 1968 Gloria became a mom giving birth to her baby boy Fabian Charles John Hrapchak. When Fabian was 9 months old Gloria went back to work at St. Paul's Hospital as a Nurse’s Aide.  Every other weekend Gloria & Miron would go back and forth between the farm and Nipawin to visit the family.

In 1970 Gloria's world crashed as she lost two babies, one at 3 months.That's when she quit her job. A year later she lost another baby at 5 months, this was very hard for her to deal with. In August of 1971 Gloria and Miron purchased their first 12 foot by 50 foot mobile home, it was completely furnished. They moved into 104-219 Grant Street right on the outskirts of the city, with the Sutherland drive-in behind the mobile home and wheat fields to the east. Gloria loved her mobile home! As well, this is the year that Miron bought a brand new 1970 Volvo for his new family. During this time Gloria sold Avon to help earn extra money and was doing very well at it. She sold Avon for 11 years and became president of the Club and earned lots of rewards and pins. On April 6th, 1973 Gloria's life was about to change again as she would have another son Patrick James Hrapchak.  June 21st, 1976 was pretty busy. She got up, did laundry cleaned the house, made supper, delivered Avon and took Fabian to a hockey game. When she got home she said, all right it's time to take me to the hospital I've been in pain most of the day, and the next morning January 22nd, 1976 Dwayne Steven Hrapchak was born. Over the next few years Gloria would babysit while Miron was driving gravel truck. Gloria figured she was up to the challenge and she took her license to drive gravel truck and got her class 3 license. When Dwayne started kindergarten, Gloria did parent volunteer work for 2 days a week and was room mother for Pat's grade 3 class and treasurer for the Home and School Association as well as a member of the Saskatchewan truckers Safety Council.  With Gloria growing up on the farm and being a tomboy she was good at raising her three boys, as she was always right in there with her boys having fun; leg wrestling, bullfights, snowmobiling as well as teaching the boys how to cook, bake & experience the beauty of life, as well as love! That's the biggest thing she  taught her boys is unconditional love.  She could always see the good in a person. Gloria was a block parent as the boys were growing up and their house was the place all the boys friends loved to come over to.  Gloria was their second mom she would make sure they were fed. She'd always have time to talk or smile or just have somebody to be around. She just loved being around her kids and her kids friends as she was always worried about them.

In 1984 Gloria started working casual part-time at RUH in the cafeteria and in 1985 she became full-time and moved to Post Op. In 1986 she moved over to the Pediatrics Ward at RUH. On May 2nd 1989 Gloria's world would be turned upside down as her mother passed away after a long battle of colon cancer.  Unfortunately things go wrong sometimes and in 1994 Miron and Gloria separated. Then in 1995 Gloria and Mirons relationship broke down and ended in the divorce. During this time of separation Gloria met Fred Bailey who she married in 1995 and became Mrs. Gloria Bailey. Gloria and Fred loved going to Ness Creek Blues Festival. They would go there for the next couple of years. Both loved the blues music as well as being in the country.  In 1997 she worked at youth services for a year. She really touched a lot of people's hearts when she was working in this place, as she really connected to a lot of the kids. In 1998 Gloria started a full time position at St. Paul's Hospital as a nurse's aide in the O.R. She retired on October 24th 2007, this is when she moved in to look after her father Charles who had been diagnosed with Lewy Body disease.  Gloria was looking after him till 2008 when sh became ill and her father Charles ended up in Oliver Lodge.

On December 27th, 1999 Gloria was so proud as she finally had her first grandchild, a beautiful granddaughter Maia Bailey.  That winter Fabian began dating Andrea MacPherson who had a son Nicholas MacPherson, Gloria took him in as her own grandson, then on July 2nd, 2001 Gloria became grandma again to Bailey Dwayne Hrapchak. On August 2nd, 2001, Gloria had her last grandson Logan Cole Hrapchak.

How she loved her grandchildren, she had a special place for all 4 of her grand kids and loved them with all her heart unconditionally, and was so very proud of them all graduating and making her so proud!

In 2003 Gloria bought her furry baby Thor, a beautiful New Guinea singing dog. Oh how she loved Thor.  She went and picked him up in Indiana. She had to bottle feed him for the first week. He was like her own little baby.  On November 10th, 2010 Gloria's world came crashing down around her as she lost her father Charles. This crushed her so very much as she loved her father so much!

In 2013 Gloria had an up-and-down year, yeah she broke her right humerus bone on the right-side. Then Gloria and her oldest son Fabian both quit smoking. They were so proud of each other as that was a huge accomplishment, if you know either Gloria or Fabian! Then in 2014 Gloria was diagnosed with COPD it was very hard for her to take especially after she quit smoking, it started out as mild but by the end Gloria was on oxygen all the time how she hated being tied to the machine and not being able to go round on her own and have her independence. The last couple years were pretty tough on Gloria, but she was always a fighter and she always tried to have a positive outlook on life.  The one thing Gloria was very big on was family, she never gave up on any family member. How she loved her family!  All she wanted was to be together as a family for Christmas last year but because of covid we couldn't give her this gift, but we each went and managed to have a little time with her.

On Jan 14th 2021. Gloria could fight no more and went home.She no longer has to fight anymore.

Gloria would be able to tell you one thing it would be to " love and cherish every moment you have with your family & always tell them you love them!"

A couple of Gloria's favorite quotes:

Many people will walk in and out of your life but only true friends will leave Footprints in your heart.

Three things that can't be hidden long are the Sun, the moon and the Truth.

As well as Fabian’s favorite quote to his mom: I love you as much as all the stars in the sky!

Share Your Memory of
Gloria
Upload Your Memory View All Memories
Be the first to upload a memory!