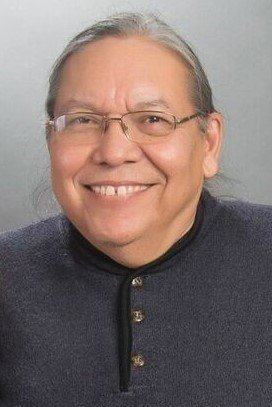 Erland Terrance Atimoyoo was born to Smith and Rose Atimoyoo on July 11, 1952. Terry was called to the Spirit World on January 23, 2021 at the age of 68 years old. Terry was a very kind, and loving person who was well known and respected by many. He had strong spiritual beliefs who took great pride in his cultural practices. Terry was unique and made a special connection to whoever he met. He made a positive impact in many people’s lives. He was proud of all his children and his grandchildren whom he loved dearly. Terry was well educated and received his bachelor’s degree in Native Studies, and his Masters Degree in Sociology. He was an educator at First Nations University of Canada for ten years. Terry was a very well respected, role model, educator, activist, mentor, and special spiritual advisor. He took pride in his work for many years with Straight Up. He helped with ex gang members and helped people that were battling additions. Terry was humble and spoke passionately about his book he was writing He was also the successful founder of the Big Bear gathering that took place in the past couple years in Little Pine. Dad was very proud of the Big Bear gathering.

Terry was predeceased by his father Smith Atimoyoo, his son Terrance Scott Chicoose, his son Joey Seesequasis, and his daughter Shelley Atimoyoo,

Special thank you to Little Pine First Nation, the funeral home, the paramedics, and to St. Pauls Hospital for taking great care of our dad

Share Your Memory of
Erland
Upload Your Memory View All Memories
Be the first to upload a memory!
Share A Memory