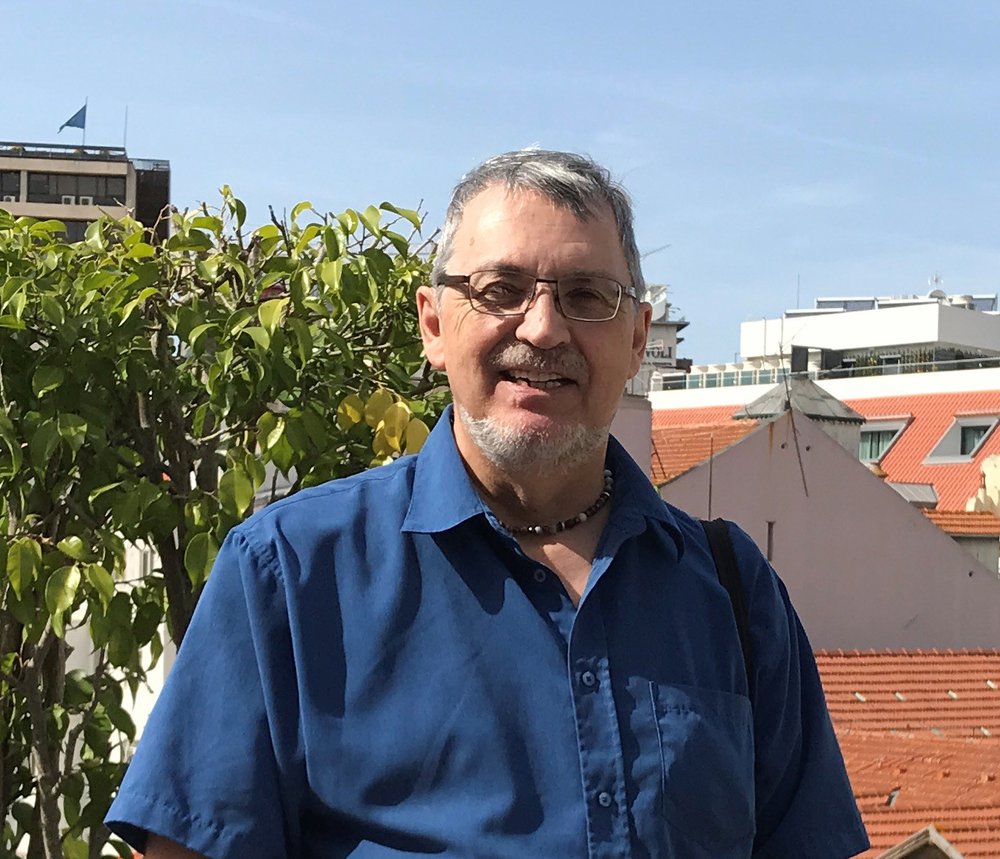 Réjean attended elementary school in St. Clet, and high school in Verdun.  In 1973, he got a letter from a friend in England suggesting that Rejéan join him; so Réjean did, arriving before his replying letter!  He spoke little English, but ended up in Cornwall where he learned both the language and leather working.  After six months, he toured around France and other parts of Europe, often sleeping outside as he had little money.  He finally ended up in Morocco before travelling back home.  His mother, who had suffered from MS for many years, passed away after his return.

In 1977, Réjean made his way West, ending up in Yellowknife, where he worked at various jobs. In May of 1983, Cindy Peters moved to Yellowknife from Norman Wells.  She met Réjean the same day she arrived; it was “interest” at first site.  Three weeks later, on June 18, he moved in with her and the two have been together ever since.

They left the North in November, 2004, moving to Cindy’s home town of Saskatoon.  He worked as a bindery operator for Houghton-Boston Printing until his retirement in August 2013.  Cindy retired the following year, and they started travelling, at first by vehicle through parts of Canada and the US, then in 2016 by air to India with friends Tej and Jerry, to Portugal and France in the spring of 2019, and to their time share in Mexico every couple of years.

Réjean successfully battled prostate cancer during the summer/fall of 2020, but then was diagnosed in January 2021 with an inoperable glioblastoma brain tumour.  He underwent radiation treatment to slow it down, but was unable to come back home as Cindy could not care for him there.  He went into long term care at Sherbrooke Community Centre on Easter Sunday.

Réjean would always be the first to offer someone help but the last to take the help of someone else.  He could talk to anyone and was always laughing and making others laugh. He loved selling his handcrafted leatherwork along side Cindy’s crocheted items, first at the off-Broadway Farmers Market, then at Confederation Mall, and also at craft fairs including the Western Development Museum Christmas sale, and Sundog.  He also loved eating whatever Cindy cooked, gardening, playing games with friends, and socializing.

Réjean will be lovingly remembered by the love of his life and best friend, Cindy, his sister Yvette Felx of Ottawa, brothers-in-law Harvey (Beth) Peters and Gary Klassen (Lila), sister-in-law Sandra Peters; nine nieces and nephews, along with his aunts, cousins and friends.  He was predeceased by his mother (1975), father (2007), parents-in-law Neil (2005) and Nettie (2011) Peters, sister-in-law Janet Klassen (1999), brother-in-law Clifford (2010), and good friend Greg “Cominco” Loftus (2016).

There will be no funeral service; a celebration of life will take place when times are better.  Cindy would like to thank all of the hospital and Sherbrooke staff who cared for him during the last 4 months of his life.  Réjean would approve of a donation in memory of him to the Canadian Cancer Society or other charity of your choice.

Share Your Memory of
Réjean
Upload Your Memory View All Memories
Be the first to upload a memory!