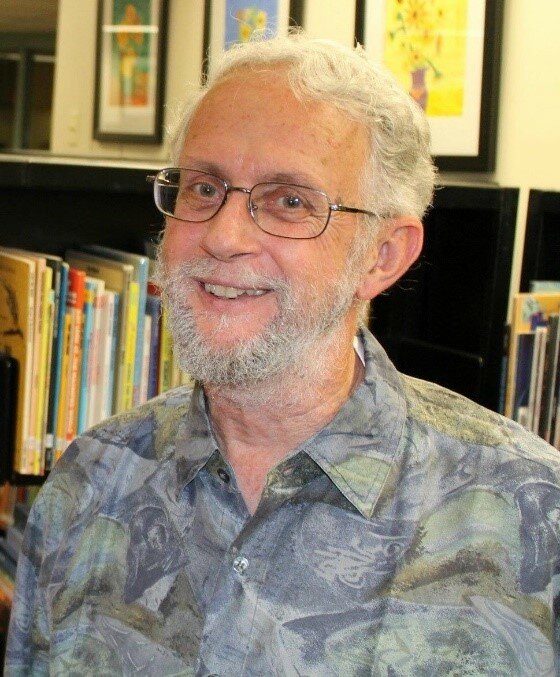 We are saddened to announce the passing of Dr. Robert David Green at Oliver Lodge on December 24, 2021, at age 79, following a decade-long battle with Alzheimer's disease. Born on July 18, 1942, in Hamilton, ON, Robert's intelligence shone through at a young age when he skipped two grades in school.  He attended McMaster University (B.Sc with Honours), and received his Ph.D. in Chemistry at the University of Alberta.  Robert held postdocs at Alberta, University of East Anglia, University of Malaya, and University of Regina.  Finding no openings in chemistry, he changed careers and opened R.D. Green Books in Regina in 1975. He would run a bookstore for most of his working career. When Lois accepted a teaching position in Saskatoon in 1977, he took over the Kelsey Institute bookstore (now Saskatchewan Polytechnic). In 1984, he opened and operated Broadway Book Merchants until retiring in 2001.

While at the University of Alberta, Robert met another graduate student in Chemistry, Lois (née Kaldor), and they formed a covalent bond which lasted for nearly 50 years.  Their common love of travel led them to take jobs around the world — living in six countries on four continents, and visiting over forty more. The itinerary was always flexible; the scenic route was always taken. No story captures Robert's sense of adventure better than a spontaneous trip he took in 1982 with three co-workers to West Germany, where they bought two used cars and drove them across the Sahara Desert after meeting a guy in a bar in Kano, Nigeria.

Due to COVID -19, a celebration of his life will occur at a later date.  In lieu of flowers, donations in Robert's memory can be made to the Alzheimer's Society, 1405 Faulkner Cres, Saskatoon, SK, S7L 3R5.