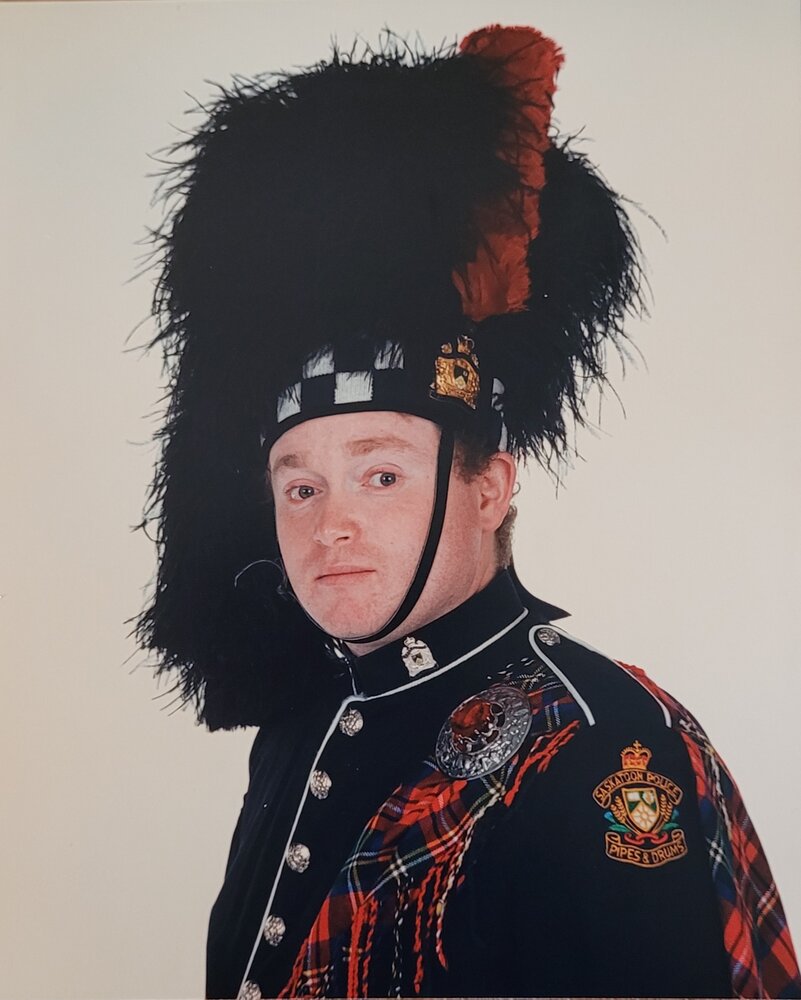 It is with profound grief that we announce the passing of Stewart Wilson Williams on March 13th, 2022.

Stewart was born on February 17 1963 in Saskatoon to Gwynn and Edith WIlliams. After graduating from Mount Royal collegiate he attended Kelsey college for Meat-cutting which took him to Fort Simpson and Tuktoyaktuk in the North-West territories to work for Hudson's Bay Company.After his time in the north he returned home to Saskatoon and got a job at the Sands Hotel where he found his wife Joan whom he married in 1993. He would go on to spend the rest of his career with Maple Leaf Foods, formerly Mitchell's Gourmet Foods.

Stewart was a loving and devoted family man. As his boys were growing up he loved to watch them play hockey and baseball. He and Joan had a shared love for food. They would often take the time to prepare gourmet or traditional meals coordinated with the holidays and invite family to come indulge in their creations.

Stewart would always make special preparations for Joan on Valentines day and their anniversary. In fact he cherished all the holiday seasons, particularly Christmas and New Years. As a bagpiper Stewart had been playing from the age of 10. He regularly played at the Saskatoon Folk Fest and in many parades around the province with the pipe bands.

Formerly the Saskatoon Police Pipes and Drums and then with the North Saskatchewan Regiment Pipes and Drums. He would also play solo gigs , for many years he went to Humboldt to play the Remembrance day ceremony.
Stewart was a calm and quiet man, usually listening rather than talking but every so often he would give a humorously pointed comment with great effect.

When he found the time to relax, as he was often working overtime, Stewart would enjoy a casual round of golf or a cigar and a cold beer in the backyard shade on a summer day.

He is survived by his sisters Brenda Williams, Alison Williams and his brother Craig Williams (Jayne), as well as his wife Joan Williams and sons Fraser Williams (Stefanie) and Micheil Williams, his stepsons John Patterson and Joseph Patterson and his grandchildren Julia, James, Xavier, Cecilia and Kairi. Stewart was an active member of the Saskatoon masonic lodge and a seasoned bagpiper, having played for nearly 50 years with various bands as well as solo performances.

He was predeceased by his parents Edith and Gwynn Williams.

Share Your Memory of
Stewart
Upload Your Memory View All Memories
Be the first to upload a memory!
Share A Memory