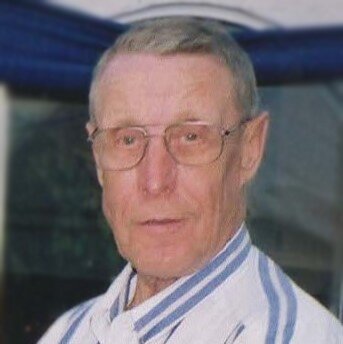 James Bruce Leach passed away peacefully with family by his side on Tuesday, April 26, 2022 at 84 years of age.  He was born in Gledow, SK and raised on a farm in the Pike Lake area.  He is pre-deceased by his parents Lucille and Gordon Leach, all siblings and his son (Lloyd) Gord Leach.  He is survived by his spouse Anne Prosko, daughter Kathy Evans, step daughter Penny Ginther and step son Dwayne Prosko as well as 14 grandchildren and 4 great-grandchildren.

For many in Jim’s family he was the glue holding things together from caring for his parents in their aging years to helping each of his siblings and often being a “father or grandfather” figure to other members of the family.

As a youngster Jim worked on local farms in the Pike Lake area, however, his big dream was to drive big earth moving machines.  He moved into Saskatoon and worked with his brother stuccoing, and later was hired by Remai Construction, Richardson Road Machinery, PCA Potash and St. Paul’s Hospital as a journeyman mechanic. He retired at 57 years of age and encouraged others to retire early.

If you knew Jim he was a “jack of all trades” willing to take on any task he felt was worth his attention.  Jim mentored his children and grandchildren and enjoyed spending time with them on the projects they needed help with including building race cars with his son and renovating with his daughter.  His many grandchildren can all attest to his fixing things or teaching them how to do it themselves.

Jim was a tireless voice for aging seniors in lobbying Roy Romanow to provide more subsidized housing in the early 90’s for seniors living on the west side in Saskatoon.  He was active in Holiday Park Community Association for many years coordinating newsletter advertising, lobbying City Council on numerous issues related to community and transportation plans the city would present.  The mayor knew him well!  He sat on the boards of Holiday Park Community Association, Abbeyfield House, Arbor Green and St. David’s United Church for a number of years.

A private family burial ceremony will be held at a later date. In lieu of flowers, a donation can be made to a charity of your choice.

Share Your Memory of
James
Upload Your Memory View All Memories
Be the first to upload a memory!
Share A Memory