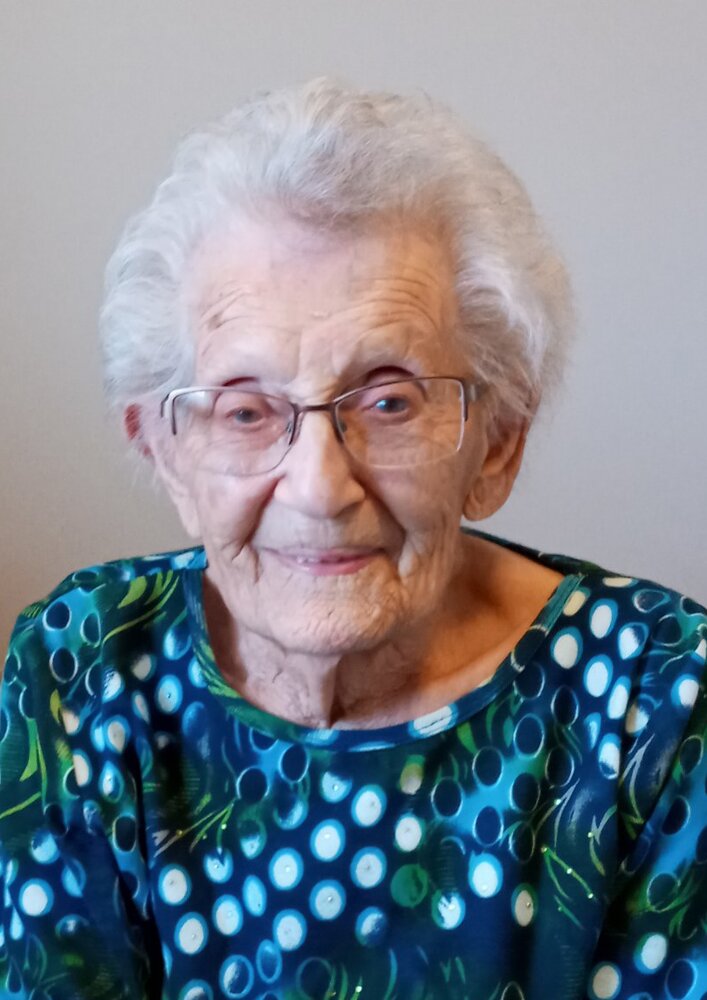 It is with sadness and regret that Olive was not able to reach her 100th birthday having passed away in the early hours of July 22, 2022.

She survived the death of husband Edward, son Dale, parents Edward and Annie Taylor, sisters Norine Brendon, and twin Velma Hart as well as many of her other relatives and friends.

Losing her father at a young age, working and raising her family on the farm, then having to deal with losing her husband in her midlife made Olive a very strong, independent woman. She tried to do everything herself but was very thankful to her friends, especially John and Judy Hammond and Jim Rickwood for being there when she needed to get a helping hand. Mom’s greatest passions were sewing and dancing. Many have either worn something she made or covered up with one of her quilts. She also liked to knit and crochet and in her younger day liked to help with home decorating. Of course if you ever visited on a Saturday night you’d hear her listening to CJWW Saturday Night Dance party. So now she will be reunited with those who have gone before her and will be dancing with the angels.  She would want no part of sadness. She never cared for fuss, but just to be remembered is all she would ask of us.

Share Your Memory of
Olive
Upload Your Memory View All Memories
Be the first to upload a memory!
Share A Memory