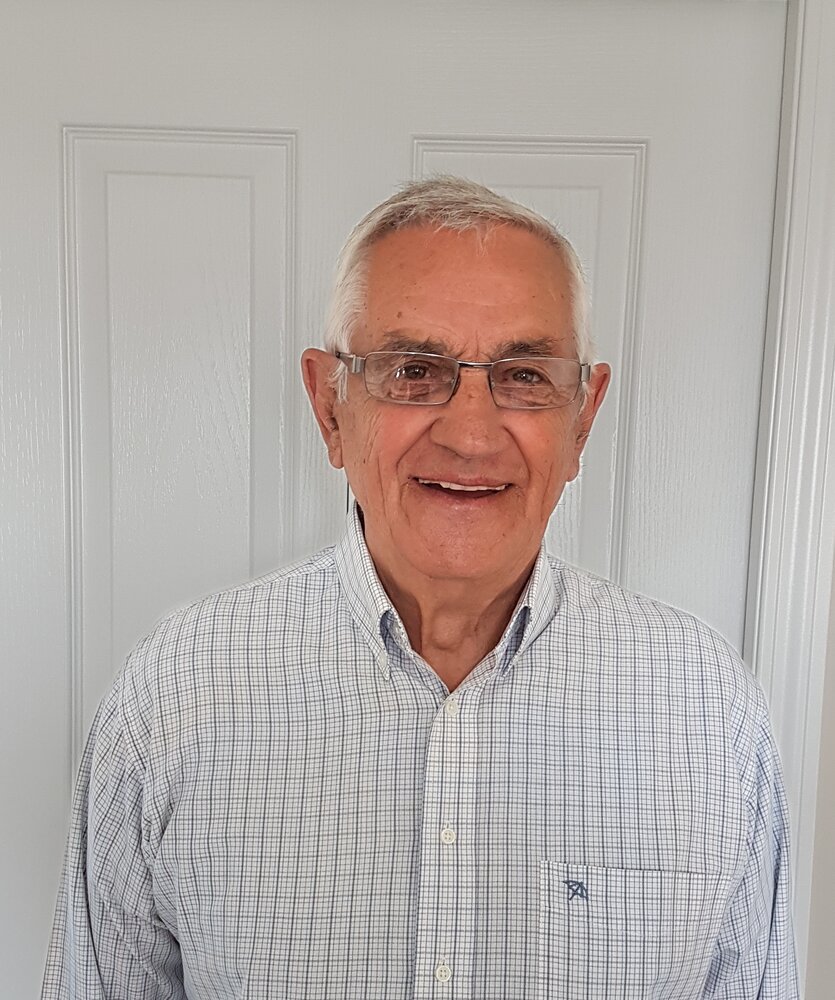 To Watch the recording of the Prayers click this link:

To Watch the recording of the Funeral Mass click this link:

With great sadness and gratitude for a long life, we announce the passing of beloved husband, father, grandad and ‘old grandad’, Bill Loran.

At the time of his passing at age 91, Bill was under the gentle care of the staff of Central Haven Long Term Care.  His last year of life was a harsh contrast to a life lived to the fullest during which he proclaimed that he would “die with his boots on”.

Bill was devoted to his wife, Anne, and their family together. He was so proud of his six sons.  As much as he was a father of boys… and boys only…his daughters in law and many granddaughters found a soft spot in his heart. As a parent, Bill was consistent and firm; as a grandparent, he was the ultimate enabler – offering porridge with brown sugar and ice cream and enjoying watching his grandkids be kids with zero responsibility for discipline.

Bill was a lifelong member of St. Mary’s Catholic Church, and the Knights of Columbus. He had a long career with Saskatoon Catholic Schools as a principal at St. Gerard, St. Philip, and Holy Cross High School, finishing his career at E.D. Feehan.  Upon retirement, he worked with the Lay Formation Program where he built close connections with many clergy and people from around the diocese.

Bill lived a rich and full life.  He loved the outdoors:  sledding, hunting, skiing, and canoeing.  He built his own cedar strip canoes that survived shooting rapids on numerous trips on the Churchill River.  The family cabin at Martins Lake, shared with dear friends Frank & Muriel Pizzuto, and Tom & Millie Loran, brought him much joy, countless memories, and fostered lifelong relationships among the three families that continue to this day.

Bill served as the builder and general contractor for countless houses and cabins.  He taught his boys how to hunt, drive, repair, build…and never to shy away from any task. Bill was a hard worker and shared his talent beyond family all while promising his sons’ assistance. The legacy of Bill Loran – work hard, care for others, and abide in faith.

Bill’s confidence in the love of God was the pillar on which he built his life.  He would joke about his failings and suggest that he was “shooting for purgatory”.  His favourite scripture was often prayed on a silent, moonlit night at the family cabin at Martin’s Lake looking up at the stars.

“When I see the heavens, the work of your hands, the moon and the stars which you arranged, what is man that you should keep him in mind, mortal man that you care for him.” Psalm 8

In lieu of flowers, please make donations to Canadian Catholic Organization for Development and Peace (CCODP) or a charity of your choice.

The link to view the livestream of both services will be on this obituary page on Wednesday, November 9,  for the Prayer Vigil and on Thursday, November 10, for the Funeral Mass and will be live a few minutes prior to each service.

Share Your Memory of
Bill
Upload Your Memory View All Memories
Be the first to upload a memory!
Share A Memory