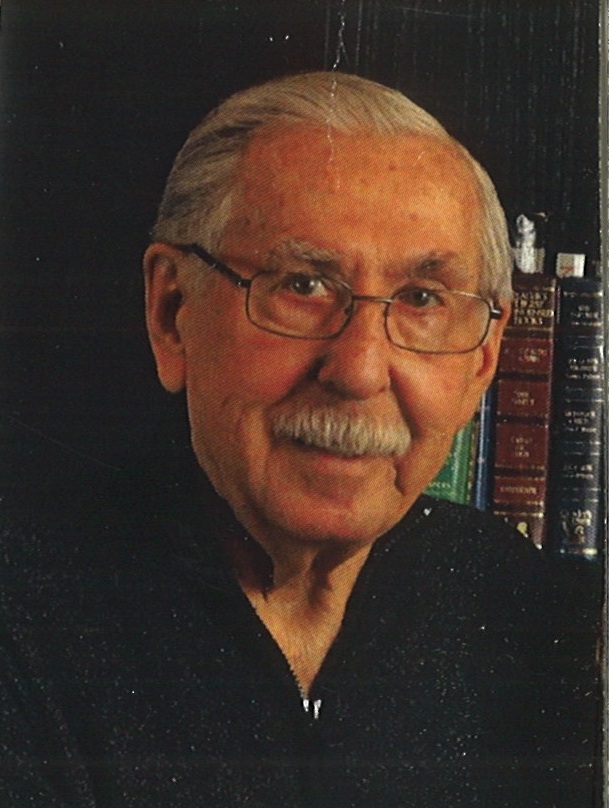 It is with great sadness that the family of Walter Welyki announce his passing.

Wally’s childhood was spent playing baseball, and he developed a love for curling. He won many bonspiels with his talent in the sport.

Wally attended Westmount School and Tech Collegiate upon graduating to pursue work ventures. He later received his Engineering Degree in order to run and operate his elevator business, Armor Elevator. Wally had a love of Ukrainian dancing, which he studied as a young man. Years later, he taught dance at Arthur Murray School of Dance. Wally and Gloria shared a love for dance as young adults. They ‘light up the dance floor” any chance they could all the way through their marriage.

Saskatoon was home and Wally worked very hard at everything he put hid hand to.

Wally’s first job was at Fairbanks Morris and later he took a job at Crane supplies. From there, Wally was offered a job of a lifetime from Sam Peterson to operate an elevator company located in Regina, SK. Sam mentored Wally as he was looking to retire soon and Wally wanted to buy his Company. Wally commuted to Regina on a weekly basis while his family stayed in Saskatoon. One year later, Wally bought the Company and renamed it Armor Elevator Co. and moved the head office to Saskatoon. Wally had a clever mind for engineering. He was the first and only person to design and manufacture a 3 door elevator to be used in a mine shaft in the North West Territories and the Yukon. He was only 32 years old at the time. He operated many business in his lifetime. Mid West Equipment, Motion Control Engineering, Best Steel Doors, Access 2000. He purchased an established elevator company in Vancouver, BC. Where he and Gloria resided for a time. He established a factory in Seville Spain, and Mexico, engineering elevator parts for distribution worldwide. He was elected President of Elevator World which took him and Gloria all over the world.

Wally designed and built many homes for his wife and daughters. One of his proudest building projects was THE BROADWAY Condos on Broadway Ave. After selling every unit, they resided in the penthouse for many years, enjoying the view of Saskatoon, a city that he loved dearly.

In their early years, Wally and Gloria fell in love with lake life. They built lake homes at Emma Lake, and finally in Sturgeon Lake, which became their retirement home later in life.

They both fell in love with Mexico exploring every region of in the early years of travel. They settled in Mazatlan, Mexico where they resided for 6 months of the year for 45 years. They have many friends they consider family in Mexico. They became very involved in an orphanage in Mazatlan, which they supported in many ways. Walter and Gloria loved being “parents” to the children there. Wally helped the boys build go carts, and engineering items and Gloria taught the girls to sew.

After “retirement” they bought a home in Hemet, CA to be close to their daughter Lindsay, and grandson Riley while still travelling to Mexico for winters.

Wally claimed his success in business was joining A. A. 52 years ago. He met many wonderful people who mentored him along his journey.

In 2017, the Sturgeon Lake home was destroyed in a fire. This took them back to Saskatoon where they resided until Wally’s passing.

Wally was a resident of Parkridge Centre, Saskatoon, at the time of his passing. Gloria, and daughters Lana and Lindsay want to thank the nurses and staff at Parkridge who took the greatest loving care of Wally as he suffered with Dementia. They all loved being Wally’s “elevator employees”. Wally gave them “to do lists” and they did everything the “boss” requested, as he sat at the nursing station every day. He kept them all busy and on their toes!

We love you for all you did to make Wally part of your life. We thank you for being there for him when we live so far away. God Bless You!

A Celebration of Wally’s life will be held at a later date.

For those who may wish to make a memorial donation in memory of Wally, cheques can be made to Gloria Welyki for the orphanage in Mazatlan.

Share Your Memory of
Walter
Upload Your Memory View All Memories
Be the first to upload a memory!
Share A Memory