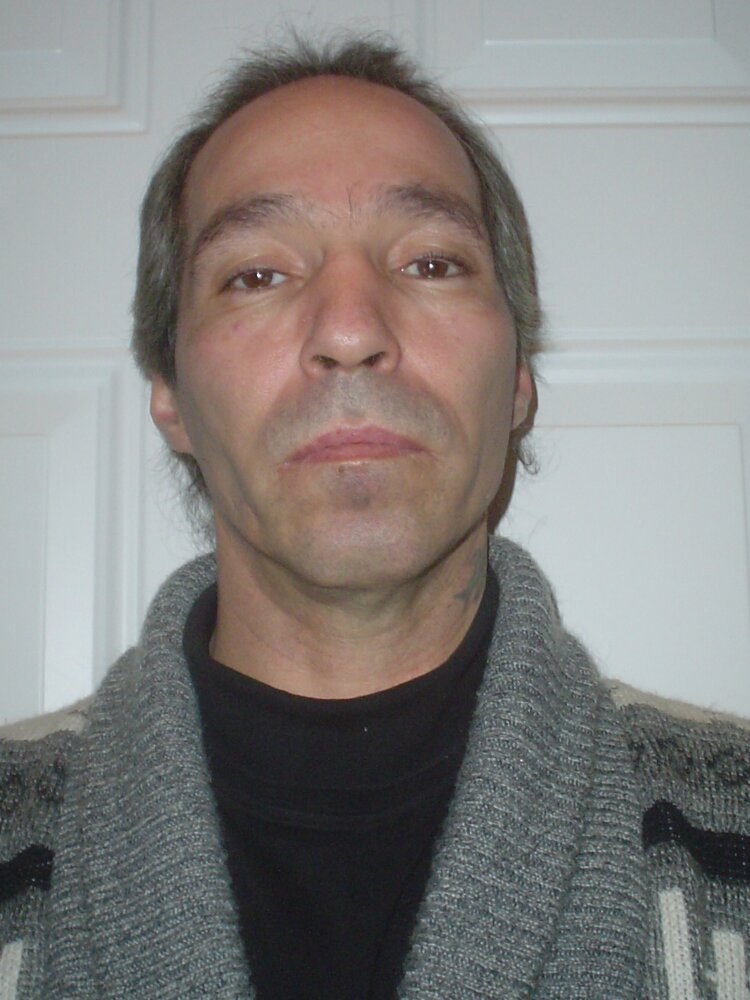 Richard Smith was the son of Nora Cummings and Gordon Smith and was born at City Hospital in Saskatoon, SK.

He arrived six minutes after his identical twin brother Randy and they were inseparable until Randy’s passing in 2009. He never recovered from this loss.

During his teen years he was in Navy Cadets and later in the Army Cadets.

He was well loved in the neighborhood growing up as he did yard work and snow shoveling for all the neighbors.

He loved swimming, playing chess, playing cards and hanging out with all his friends.

He met his wife Jacquie Bouvier and stayed in Saskatoon with her raising little George together until 1982. Even after they separated they remained close throughout the years. Jacquie has always said that he held a special part of her heart.
He worked as a youth counselor with the Indian and Metis Friendship Center.

In 1979 he had a daughter, Natasha Pilon, and she gave him three grandsons.

He moved to Calgary where he and his brother did landscaping.

In 1982 he had a son Greg and he gave him a grandson and a granddaughter.

He returned to Saskatoon and worked as a custodian at the University of Saskatchewan for 12 years until a workplace injury caused him to retire on disability. During this time he married Lori Wolaschuk and lived with her and her son Guy in Saskatoon until they divorced.

He had several hobbies including fixing watches, making jewelry, repairing computers and riding his bike.

In his final years he was his brother Robert’s caregiver until he became ill.

He loved to dress sharply and was always buying special clothes and hats for himself.

He loved to laugh and tease and was a favorite uncle to his nieces and nephews and family.

He had a kind heart and would give help to anyone. He would give the shirt off his back or the last smoke in his pack to someone else without hesitation.

His family takes solace in knowing that he has been reunited in heaven with his twin brother Randy and has been set free from his suffering.

Many nephews, nieces, cousins and friends and his special life-long friend Jacquie Bouvier.

The Last Battle
If it should be that I grow weak,
And pain should keep me from my sleep,
Then you must do what must be done,
For this last battle cannot be won.
You will be sad, I understand;
Don’t let your grief then stay your hand.
For this day more than all the rest,
Your love for me must stand the test.
We’ve had so many happy years –
What is to come can hold no fears.
You’d not want me to suffer so;
The time has come, so let me go.
Take me where my needs they’ll tend
And please stay with me until the end.
Hold me close and speak to me
Until my eyes no longer see.
I know in time that you will see
The kindness that you did for me.
Please do not grieve – it must be you
Who has this painful thing to do.
We’ve been so close all these years –
Don’t let your heart hold back its tears.
Unknown Author

Share Your Memory of
Rick
Upload Your Memory View All Memories
Be the first to upload a memory!
Share A Memory